Friday Humour – Want to become a perfect personality? Know how… 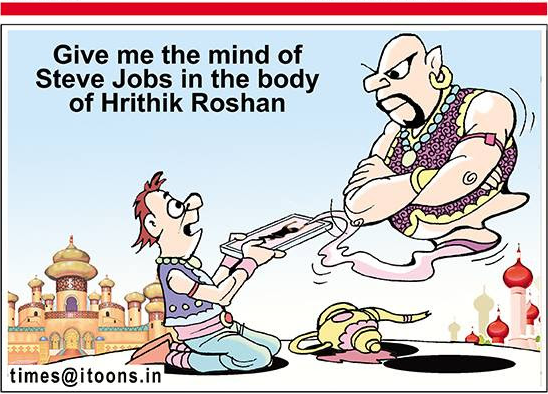 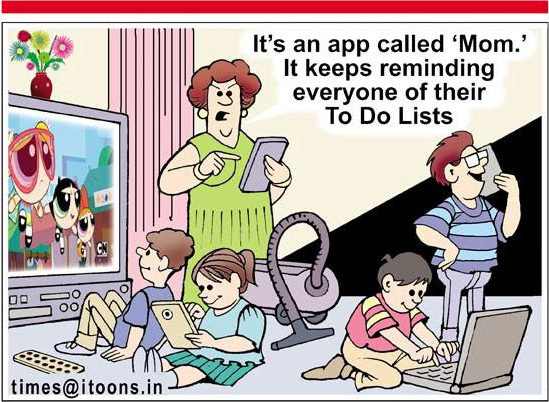 Suffering from a low Wi-Fi connection? Get these tricks to boost your internet speed. 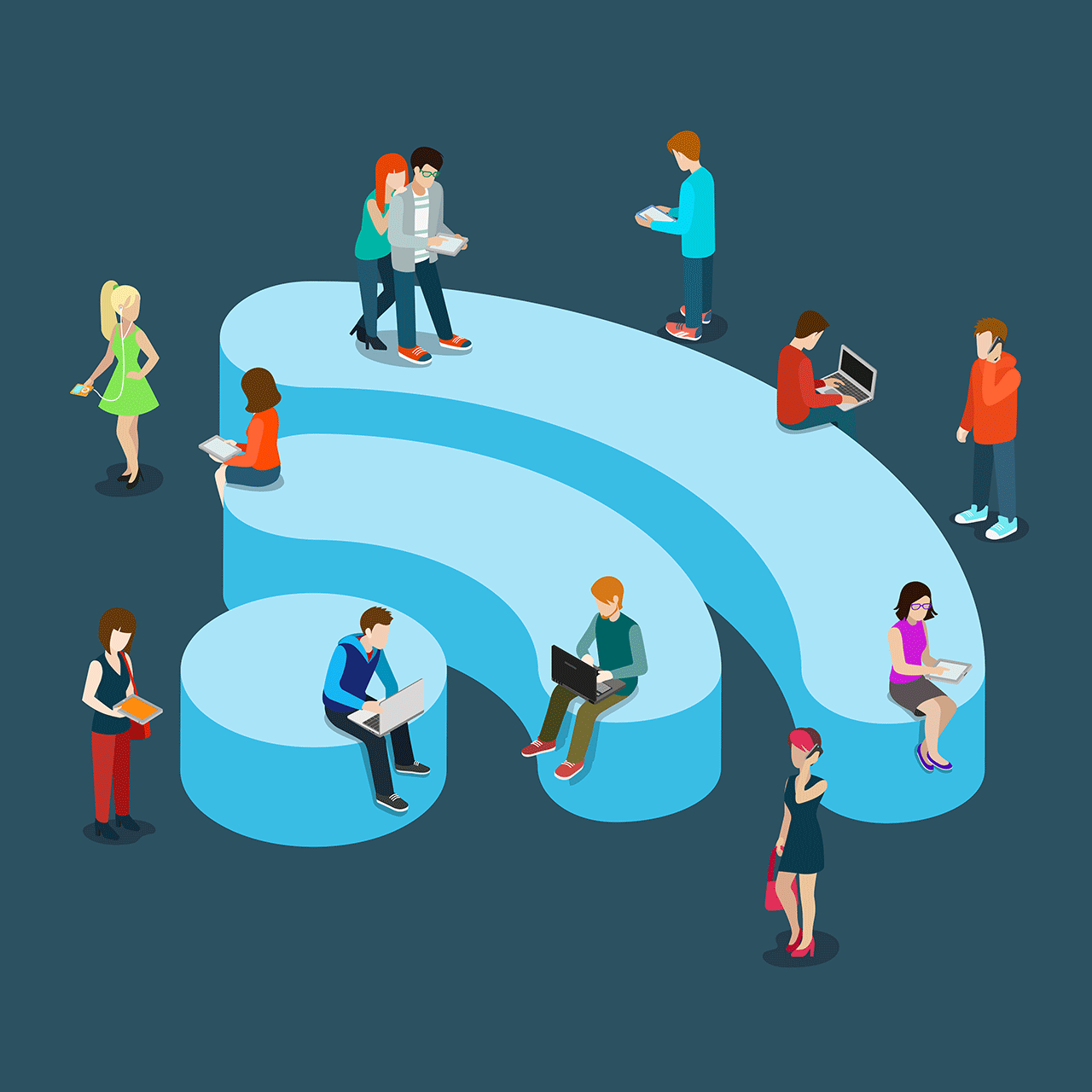 Sometimes speed of our Wi-Fi changes frequently. The main reason for such variations may be the airwave medium between the Wi-Fi devices. There are so many other reasons too, which can put an impact on Wi-Fi speed. For example:

a. Old wireless and security protocols -> Under-utilizing the 5GHz band

b. Distance between the Wi-Fi router and user’s device

c. Presence of blockers in between the medium

d. Interference from other Wi-Fi routers/Modems

After paying good amount of money for Wi-Fi services, if you are still suffering from low-speed Wi-Fi connections, then you must pay attention towards some of the tricks, given below, to get boost your Wi-Fi speed.

A. Update your Wi-Fi router to the latest firmware. 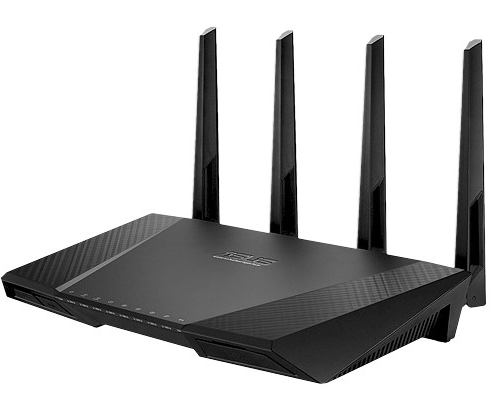 Firmware controls your device’s behavior. New firmware contains up-to date features and latest bug fixes. It also provides protection from getting your router hacked and from other security threats.

B. Choose 5GHz frequency instead of 2.4 GHz in your dual band router.

The 2.4 GHz frequency band has only 11 channels. On the other hand, the 5GHz band provides 24 channels. 5Ghz helps overcome interference and offers better speed. Placement of your router puts a great impact on its speed. Always try to avoid hanging your router or its placement near the walls or any appliance that emits electromagnetic waves. Set it up in any central and an open area, so that you can access its signals up to its maximum extent. 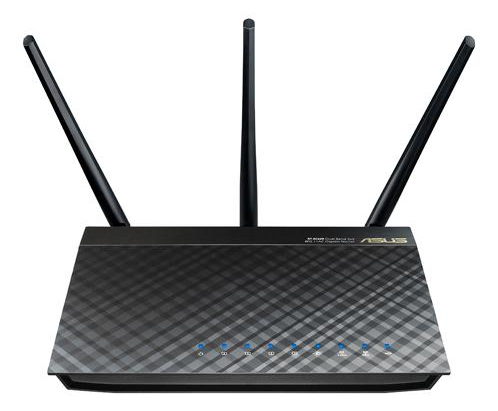 You must have heard about huge number of malware attacks on these devices. These attacks can be prevented if the routers you are using are updated. Once a malware infects your router, it can steal the bandwidth and make your Wi-Fi connection slow. High bandwidth usage by an application can be one of the reasons for slow internet speed, for all nearby users using the same Wi-Fi connection. We are lucky to have the presence of modern routers which supports Quality of Service (QoS). This helps control bandwidth usage by changing settings in network administration. 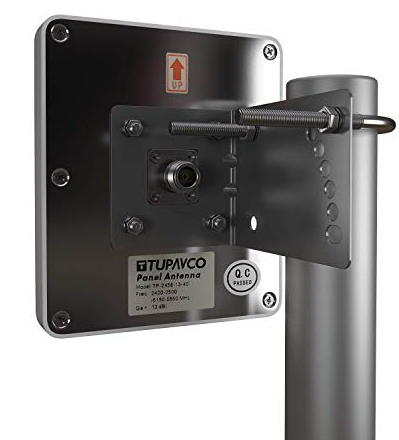 If you are using a Wi-Fi connection in a huge premises, it would be beneficial to come with an antenna, rather than router, which is powerful, can boost your Wi-Fi speed and can provide coverage to the larger area.

G. Get a Wi-Fi repeater/Booster. By getting a Wi-Fi repeater, extender or booster, the speed of internet connection can actually be impacted. There repeaters generally take the Wi-Fi signals, amplify them and transmit it again, resulting in boosting the speed.

iPhone 7 vs iPhone 6 – Do you really need to spend on the upgrade?

As everyone is aware, Apple has recently launched another revision of iPhone – the iPhone 7 and iPhone 7 Plus. As with every new iPhone version, this time too Apple has added new features to it, but are these new features worth spending hundreds of extra dollars, specially if you already own an iPhone 6? Should you really spend to upgrade your phone to iPhone 7?
Let’s review a few key areas to evaluate the 2 iPhones.

Camera. Admittedly, this is one of the main features that has improved a lot. The front facing camera in iPhone 7 has been upgraded to 7 megapixels as against 5 megapixels in iPhone 6 and it can capture photos in 1080p HD as against 720p HD of an iPhone 6. But honestly, can you tell the difference between 1080p & 720p?

However, the real change is in the rear camera. The iPhone 7 Plus now comes with a better optical zoom of up to 2x (it has the telephoto lens built into the phone), which was missing in iPhone 6 and 10x digital zoom, which is double of what is available in iPhone 6. The 7 series also have a smaller aperture which means your portrait shots will be crispier with additional effects. The other features such as panoramic photo pixel density (63 Megapixel), Video shooting features and quality are pretty much similar in both the series of phones.

Headphones. Apple has done away with the 3.5 mm jack. The headphones are now either wireless or connect using the lightning connector. The lightning to 3.5 mm converter is provided with the phone, so you can continue to use your 3rd party headphones. It will, however, be bit clumsier as you need to use additional small piece of wire as connector.

Apple has introduced Air pods – the wireless headphones. These are 2 separate headphones and come with their own charger. It has some cool nifty features, such as motion voice sensors and Siri integration. The users, however, are still deciding if this product is a hit or a miss. These don’t come with the iPhone and you need to buy them separately.

Chipset. The newer series has A10 fusion series of chipset instead of A9 that was in iPhone 6. A10 fusion is a quad-core chip with higher frequency (A9 is dual core) and should be coupled with improved RAM. What this means is that the iPhone 7 will give you better performance! However, the truth is that the performance of a phone actually depends on the software you use. Unless you are using enterprise grade software or a very heavy gaming software, this upgrade won’t be noticeable in daily use.

Battery. There is only a marginal improvement for battery between the two series. Apple claims that battery life is improved by 2 hours in the new iPhone series, but this will depend hugely on the usage and that’s highly individualistic.

Overall, apart from camera, there isn’t much change for an average user. For a power user, who needs more power and more battery, the iPhone 7 may be worthwhile but for a regular user iPhone 6 is just as good as iPhone 7.
So, before you decide to upgrade, you need to ask yourself if you want to shell out so much more for the camera! The old camera wasn’t bad you know and the Air pods tend to get lost a lot.

Save your expensive iPhone by providing life jacket to it. Buy syncNscan!