Friday Humour – Check how your insecure search history can put you into trouble! 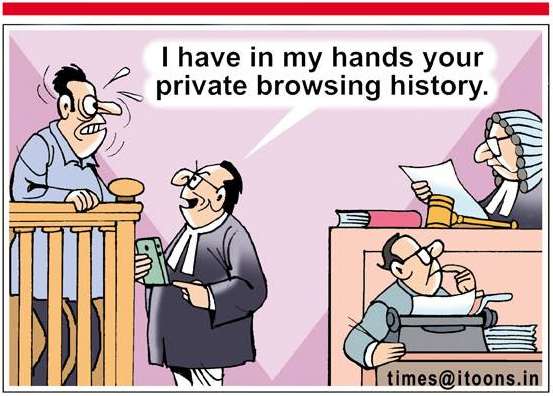 Presenting from S@IRE with special thanks to Sunil Agarwal & Ian Baker from syncNscan. 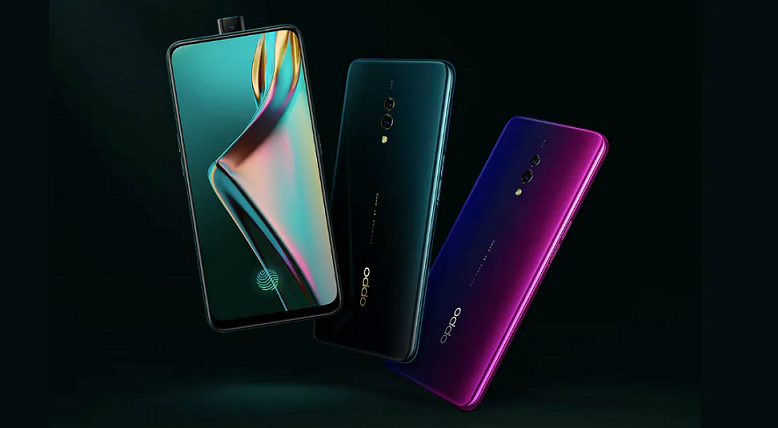 With new models and innovations, Oppo has made a special place for itself in this competitive market of Smartphones. It is now ready to launch another device in K series i.e. Oppo K3 which is already launched in China and is expected to be launched tomorrow i.e. 19 July 2019 in India. As it is already influencing the offline market, Oppo has also started setting good pace in online market as well by introducing its K series with Oppo K1.

Oppo K3 is coming in Nebula Purple, Morning White and Dark Black color options. It is featuring 6.5-inch AMOLED screen with 1080×2340 pixels and pixel density of 396 PPI with an in-display fingerprint sensor.

It is powered by 2.2 GHz Snapdragon 710 octa-core chipset and is running on Android v9.0 (Pie). It is offering up to 128 GB storage that is expandable upto 256 GB and 8 GB RAM. The phone is backing up with 3765mAh battery and comes up with VOOC 3.0 fast charging & trending C-port USB type. The device is also offering game 2.0 for a better gaming experience. 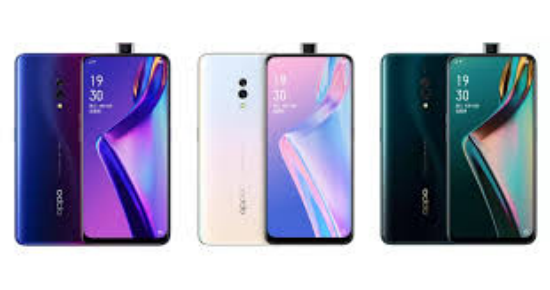 Here is the list of specifications of Oppo K3

The Oppo K3 is expected to be launched with price of around Rs. 19000 in India.

So looking forward to buy this new launch? Don’t forget to insure it with the best mobile insurance from syncNscan in India.

The Galaxy Fold: A major entry of Foldable Smartphones by Samsung in the market

In November 2018, Samsung unveiled its folding smartphone concept by showing a prototype in its annual developer conference in San Francisco and in February 2019 they came up with its official name during its Unpacked event. It was a great event as they got succeeded in its demonstration and in proving its successful functionality.

The other surprise was its price and launching date as the amount was around 1.5 L and the date announced for this major entry in the era of smartphones was 26th April 2019, which rose questions whether the company would be able to convert this prototype into a fully functioned consumer product or not?

In mid of April 2019, Samsung shared these devices with media for the review purposes. The initial responses were very positive regarding its features but after a few days, the reports started failing due to a variety of reasons.

When some of these phones were distributed to tech reviewers, its screen got crumbled in their hands and some of the devices broke because the reviewer removed the thin screen protected the sheet, which wasn’t supposed to be removed. 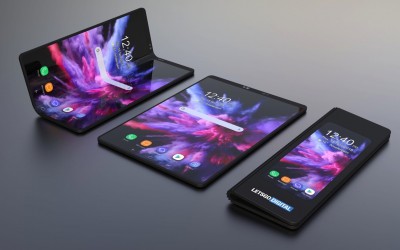 Later Samsung officially delayed the launch of Galaxy foldable smartphones for resolving these issues but despite that, this device still has a lot to get excited about. The release date of these Smartphones has been moved to June 2019, as indicated by a report from South Korea. It might be possible that Fold would be released in South Korea first, before the United States and different areas.

Let’s talk more about the features of this awe-inspiring device:

Samsung is utilizing another 7.3-inch Infinity Flex Display that enables the phone itself to have a tablet-sized screen, which can be collapsed to fit into a pocket. The 7.3-inch Infinity Flex Dynamic AMOLED show has a goal of 2152 × 1536 pixels, while the littler super AMOLED 4.6-inch show has a goal of 1680 x 720 pixels. There’s a 16-megapixel ultra-wide camera, close by 12-megapixel wide-point and fax cameras at the back, and a 10-megapixel spread camera for selfies. Samsung has even assembled two batteries for its Galaxy Fold that are isolated by the crease yet consolidated in the Android working framework to speak to a sum of 4,380 mAh. It is utilizing 512GB of Universal Flash Storage 3.0 for quick speeds, close by a Qualcomm 7nm octa-center processor and 12GB of RAM.

Samsung worked with Google and the Android engineer network to tailor applications like WhatsApp, Microsoft Office, and YouTube. In the demonstration, they showed YouTube running on the left, a WhatsApp chat window at the top right, and a web browser at the bottom right. Samsung has assembled a strong spine to the gadget, with a pivoting framework that has various interlocking gears. These apparatuses are covered up at the back of the gadget and permit the Galaxy Fold to change from tablet to phone modes. Samsung says it’s ready to fold at least 20000 times. 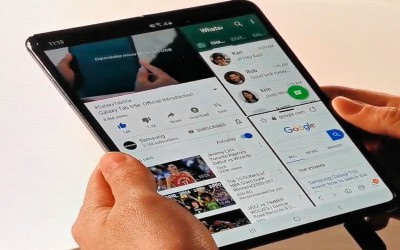 The Samsung Galaxy Fold will come in LTE and 5G renditions. For now, there is no officially announced the release date, as the improvement process is still running. Let’s check after its launch, whether Samsung gets succeeded to fulfill its promises or not.

Protect your newly purchased Samsung smartphone from any breakage or damage. Buy syncNscan for your device and its Data Protection.

Reason why we should avoid using charging stations at Airports 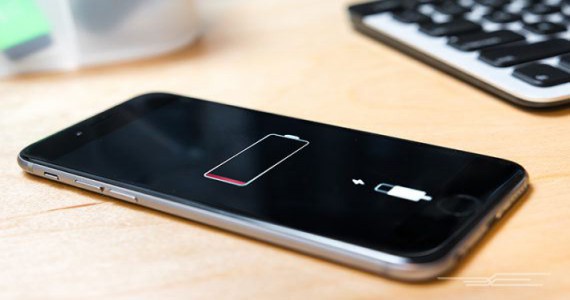 These days, we all have become so much addicted to our Smartphones, that we can’t ever bear a minor drop in our phone battery, especially when we are traveling (Car, Aeroplane, Train, etc). Luckily, we have an option to charge our phones when we are planning to fly high. The USB power charging stations at Airports are a sign of relief for travelers, who are running with low phone battery. But we actually don’t know how much this relief can impact our phone & its data. 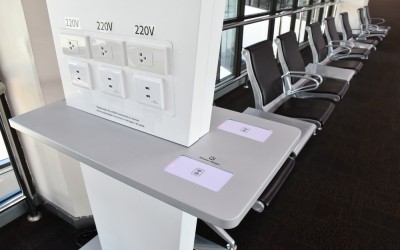 It has been found that these USB connections can be modified to install the malware in our phone and also our personal phone data can be downloaded or transferred to anywhere by cybercriminals without our knowledge.

To protect your precious data from being stolen or to stop letting cybercriminals access your information, you must avoid using power stations at Airports. To charge the low battery of your mobile phone, you can use any of these following alternatives:

(i) You can bring your own charger when you’re traveling and plug it into any wall outlet as these are much safer than charging stations.

(ii) Some people prefer to carry a portable power bank to charge their phone. That is also a good practice.

(iii) You can also protect your data leakage by investing an amount of 10$ for a device called Juice -Jack Defender, which comes in the form of a dongle and blocks passing of any data from your device. We can fit it in front of the charging cord and can supply the voltage to the device. 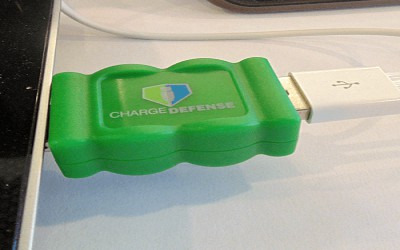 To protect your data from being lost, you can also choose syncnscan which is device & data security software. It provides features like  Data Backup and Data Restore, at the same time providing protection to your screen & display via mobile insurance.